Olympiacos Soccer Club Washington, DC was established in June 2018 by first-generation Greek-American Harry Karageorge of Falls Church, Virginia. In his youth, Karageorge played for multiple Virginia State Cup Championship teams, and made an appearance in the East Coast Regional Finals. Karageorge also holds a USSF National "F" coaching license. With his extensive soccer background, he understood the importance of creating a positive, family-oriented soccer club for young players. Karageorge was also motivated to create opportunities for today's youth soccer players as a result of the lack of developmental soccer clubs in the region.

We follow the same philosophy and our coaches are trained by the professional team coaching staff at the training center in Athens, Greece.  As an official Olympiacos academy, players who attend the soccer school training standards set by the official Olympiacos FC Youth Academy, will adhere to the team’s guidelines, and will wear the Club’s uniforms.

Young players will have a direct line to the Olympiacos FC resident academy in Greece and the possibility to be chosen for first team play. Actual club players, coaches and leadership will make visits to our academies to assist in enhancing the experience of our young players.

We don’t just wear a patch or claim some sort of arrangement — WE ARE OLYMPIACOS!

What this means to our members:

Our primary focus is player development. We strive to develop each player to realize their full potential as a soccer player. Olympiacos coaches educate players. Our soccer education comes in many forms depending on the age and the level of players. In general, all players get hours of video analysis. The video analysis includes our game and training session footage as well as tactical analysis of the best teams in the world. Olympiacos players receive written evaluations that may be discussed with the coaches if needed. The players get homework that includes analysis of the game footage (their own games and professional games). By answering the difficult tactical questions, players develop a thorough understanding of the game. Developing the game IQ is not one session or even a one-year goal. It is a diligent process that we implement consistently across all age groups. We believe that anybody can learn how to run, dribble, shoot etc., and many of the US-based clubs and academies produce great runners, dribblers, and shooters. However, very few produce complete players. We strongly believe that our coaching philosophy serves as the greatest differentiator between Olympiacos and other soccer organizations.

The philosophy governing the operation of the associated soccer schools is the following:

The purpose of this network is not solely competitive and commercial, but also social, giving young children the opportunity to get to know soccer and sports in general. That’s how they can acquire the necessary knowledge and sports culture that will help them take part in various social activities, thus, contributing to the community as active citizens. 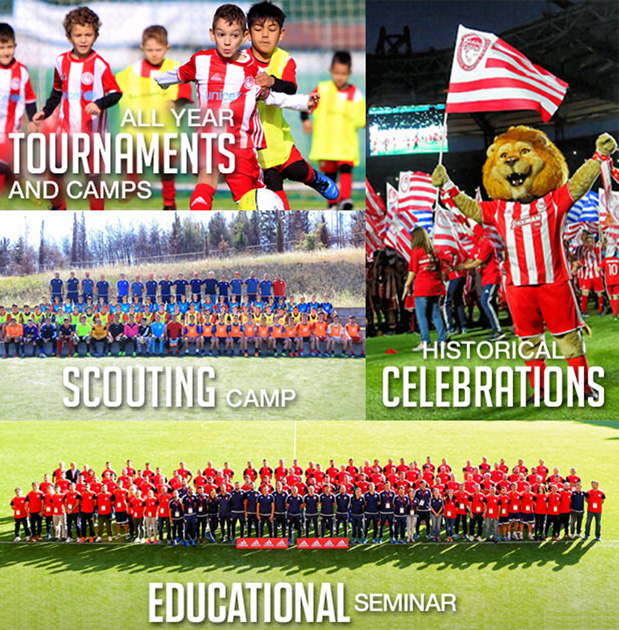 Our family-oriented (Red & White Family) approach and emphasis on social responsibility separate us from other clubs. Parents and players gather for family events (pool & pizza parties, bowling nights, parents night out, attend professional and college soccer games, Olympiacos family dinners, etc.) fostering camaraderie both on and off the field. 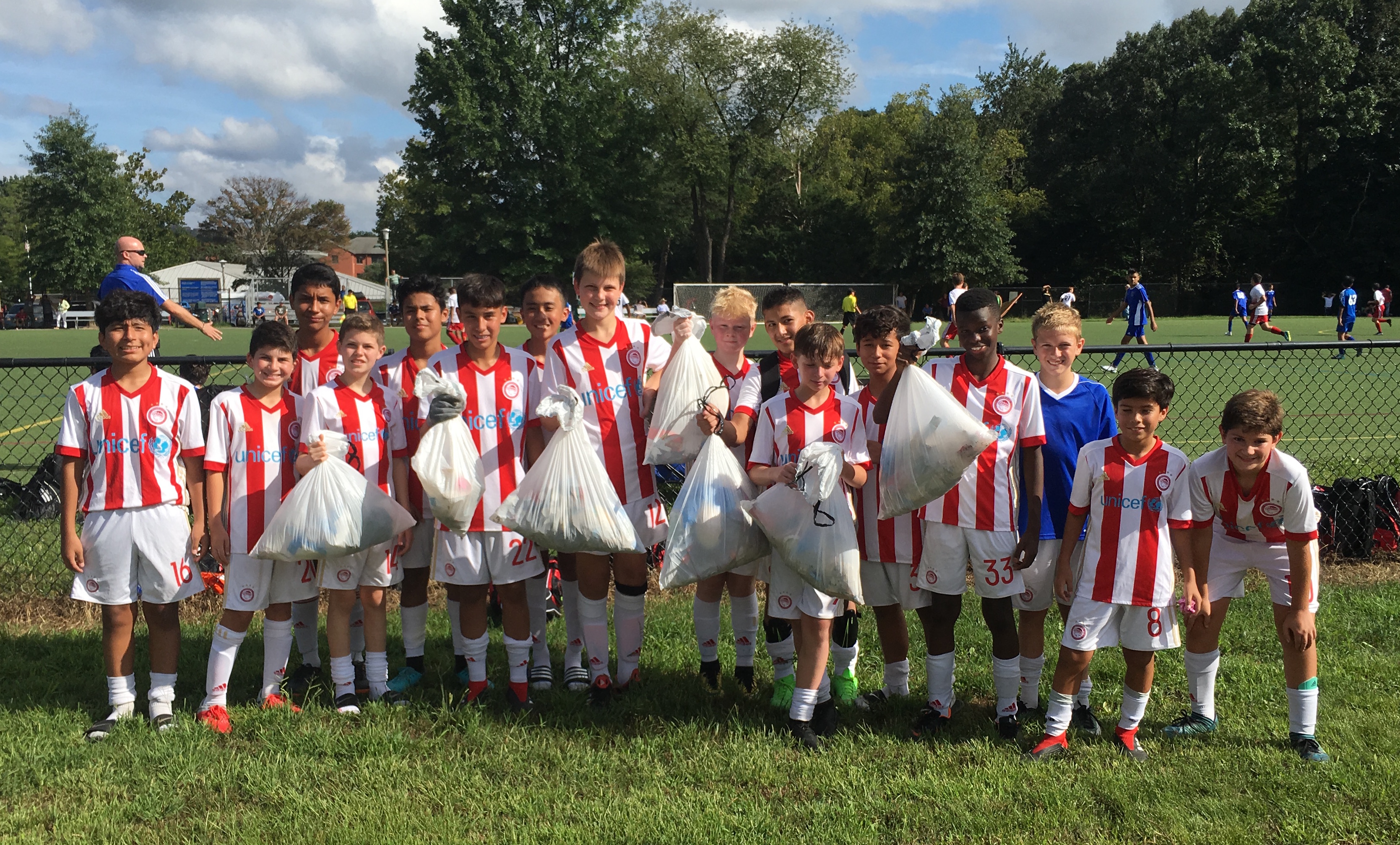